Mia Bass is the owner of the

Independence Inn. She is the woman that gave Lorelai her job as a maid at the inn when she first moved to Stars Hollow. She also provided Lorelai the shed behind the Independence Inn as a home for her and Rory.

Eventually, Lorelai is promoted within the Independence Inn, and Mia moves. When she makes her annual appearance in the second season, she tells Lorelai that she runs the inn so well, that there is not even a need for her to stop by any longer. Lorelai wants to tell Mia that she and Sookie are planning to open their own inn, but is worried she will hurt Mia's feelings. To Lorelai's relief, Mia confides with her 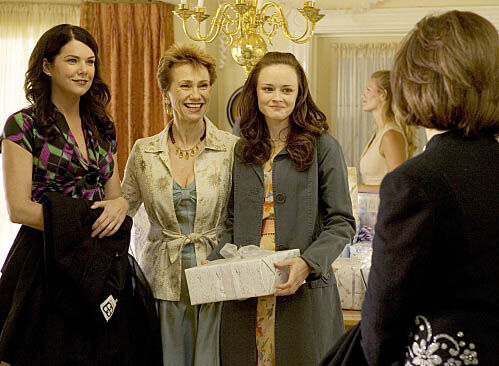 that she is planning to sell the inn. After this, Lorelai and Sookie tell Mia of their plans, and she is thrilled with the idea. She tells them that they have mo

re talent for the business than she ever had.

In the final season, Mia gets married, and she invites Lorelai and Rory to come down to North Carolina for the wedding. Emily also goes along on a girls weekend. When they arrive, Emily sees how much of a mother figure that Mia was to Lorelai, and she becomes a little frustrated. This also happened with Mia's first appearance.

Community content is available under CC-BY-SA unless otherwise noted.
Advertisement